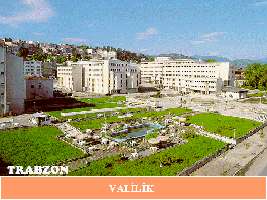 Turkey lush, humid and ubiquitously green Black Sea Coast surprises those who imagine the country to be nothing but barren steppes. From Turkey European border with Bulgaria to the Georgian border, dense pine forests cover the mountain tops; lush vegetation and bountiful crops grow in the lower elevations and valleys. Along the coastline, mile after mile of beautiful uncrowded beaches offer sun, swimming and relaxation. In the springtime, delicate wild-flower blossoms carpet especially the rolling meadows in the hills of the Eastern Black Sea Coast. Throughout the region, fishing villages and mountain hamlets alike preserve their indigenous and traditional wooden architectural styles. The humid climate and fertile soil encourage the cultivation of a variety of produce, including tea, tobacco, corn and hazelnuts.

Once called Trapezus, and later Trebizond, the modern town of Trabzon is the major city of the region. It was founded in the 7th century B.C. by Miletian colonists and was the center of the Comnene Empire established after the fall of Byzantine Istanbul. The exiled Byzantine ruled until 1461, when the Ottomans conquered the area. The restored 13th Century Byzantine church, used for centuries as a mosque and now the Ayasofya Museum, is the jewel of Trabzon monuments. Splendid frescoes, some of the finest examples of Byzantine painting, cover every surface of the interior church walls. Several other churches were converted to mosques, such as the Faith Mosque and the Yeni Cuma Mosque. The Ottoman Gulbahar Mosque, a typical provincial-style building, is set in a lovely tea garden. Wooden houses fill the old quarter in the ancient fortifications, and it still retains the spirit of a medieval town. The house in which Ataturk stayed has been made into a museum.

Boztepe Park on the hills above Trabzon, offers a beautiful view of the city and the coastline. On the western slopes of Boztepe Hill stands the Irene Tower, built by Empress Irene of Trabzon in 1340. Just east of the city, the village of Surmene has an impressive 19th century mansion known as the Kastel. Near Trabzon, south of Akcaabat, lovely higland meadows - Karadag, Hidirnebi and Erikbeli - are ideal hiking and picnicking grounds. The road inland from Trabzon winds through spectacular mountain landscape before reaching the Zigana Tunnel, the longest in Turkey. Nearby, Hamsikoy, a charming mountain village, has gained a national reputation for its excellent cuisine and is also conveniently near the Zigana Ski Center. Beautiful meadows and highland pastures are ideal sites for outdoor activities and picnics. The traditional Kadirga Festival celebrates the annual summer migration to the high mountain pastures.

Altindere National Park provides a magnificent setting for the 14th century Sumela Monastery, perched on a cliff face 270 meters above a deep gorge. Surrounded by the ruins of the monks? dwellings, the church is covered inside and out with brilliant frescoes. Southeast of Trabzon, Uzungol, a lovely alpine lake surrounded by mountains and meadows, is an excellent camping, trekking and fishing area; its restaurants make it the best place for eating river-trout.

Gumushane, on the ancient trade route between Trabzon and Iran, was once of considerable importance. Many elegant buildings from that period still remain. Set amid fruit groves and wild roses, the town makes a natural stopping point between Trabzon and Erzurum.

Bayburt, the newly designated provincial capital, lies on the Silk Road. Marco Polo and the inveterate Turkish traveler Evliya Celebi both passed through this town. The remains of a Byzantine castle, important mosques, Turkish baths and fascinating carved tomb stones are among Bayburt significant monuments.

Trabzon recorded history begins around 746 BC, when colonists originally from Miletus came from Sinop and founded a settlement with its acropolis on the Trapeza, or "table" of land above the harbor. 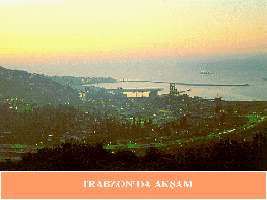 used for centuries as a mosque and now the Ayasofya Museum, is the jewel of Trabzon monuments.

Trabzon was under Persian rule until 334 B.C.upon the invasion of Anatolia by the Macedonian leader Alexander the Great under the Persian emperor Keyhusrev. When Alexander died in 323B.C. a major part of the Black Sea area went under the domain of Evmenes. In 280 B.C. an independent state by the name of Pontus was established. King Farnakes was the king of Pontus. As the kingdom developed, Sinop became the capital city while Trabzon served as a harbor city supplying the Pontus Kingdom with timber and products of its mines and shipyards.

Upon the division of the Roman Empire into two parts, Trabzon went under the domain of Rome with the Eastern Black Sea region. After the second half of the 1st century, Trabzon gained importance and quickly started developing. New commercial opportunities were created in Trabzon when roads connecting Persia to upper Mesopotamia were built during the reign of Emperor Vespasianus. (67-79A.D.) It then became a Roman state when Emperor Arianus started to rule. (98-117A.D.) Emperor Hadrianus helped the city and had a harbor built in his name. A hippodrome, a theater, an inner fortress and aqueducts were built which changed the appearance of the city.

This lasted until 258 A. D. when Goths invaded and looted the city during the time of Emperor Valerianus. (253-260A.D.) Although the city was reconstructed, it never gained its old beauty. It became an important religious center during the expansion of Christianity and as a result, many churches and monasteries were built one after another. The attacks of the Moslem Arab armies against the region from 705 A.D. onwards affected the city to a great extent. As of 1098, the Christian governors of Trabzon tried very hard to protect their independence against Byzantium, but they were not successful. Emperor Justinianus I had new fortresses built in order to defend the city and also had water brought to the city. Stefanos, the Byzantine historian, in his books wrote about the constructional works realized during the period of Justinianus. In the 11th century Trabzon gained even more importance by being a military base. Anatolian Seljuks attacked the city and it was conquered by Sultan Meliksah (1107-1116) but was taken back by Governor Theodoros Gabras. When the Latins invaded Istanbul Alexius Komnenos, the son od Andronikos Komnenos I fled away and came to Trabzon. Here he declared himself the emperor. Therefore, once again the state of Pontus was established in Trabzon. (1204-1461)

Significant developments were seen while under Komnenos  rule. However he lost a great part of his land when he lost the battle against David Palaiologos, the Emperor of Iznik. Emperor Andronikos I who replaced Komnenos tried hard to regain independence from the Seljuks who were ruling the country. He sent his ships to Sinop for looting purposes and won a sea battle against the Seljuks. In return, Alaaddin Keykubad I surrounded the city from both the land and the sea, but could not conquer it.

Trabzon was a vital harbour on the Erzurum-Tebriz and Black Sea-Persia trading routes in the second half of the 13th century. Mongolians were in power in the beginning, however the Turkomans took power later on.

The first serious Ottoman attempt to conquer Trabzon was during the time of Emperor Kalo Ioannes IV (1447-1458). Sultan Murat II sent his fleet but was not able to seize the city. 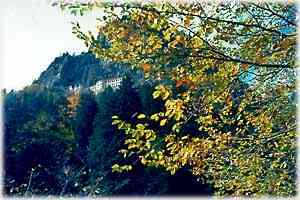 Following the conquest of Istanbul, Emperor Kalo Ioannes IV paid taxes to Fatih Sultan Mehmet and in the meantime incited Pope Calixos III and Uzun Hasan against Fatih. He also permitted Byzantine families who ran away from Istanbul to settle in his country. Fatih Sultan Mehmet sent Hizir Bey to Trabzon. Trabzon was faced with the unexpected arrival of the Ottoman navy. The emperor yielded by proposing to pay tax to the amount of 1000 gold pieces per year. He sent his brother, David Komnenos, accompanied by Hizir Bey, to Istanbul to come to an agreement. However, Fatih Sultan Mehmet increased the amount to 3000 gold pieces per year. In the meantime the Emperor did not give up his assaults. While he was paying taxes, he sent messengers to Akkoyunlu Uzun Hasan proposing that he marry his daughter Katerina. He also sought a way to make an agreement with Karamanoglu Ibrahim Bey. After the death of Emperor Kalo Ioannes, his brother David Komnenos was crowned. He sent Katherina to Uzun Hasan. She changed her name to Despina and played an important role in the Akkoyunlu palace. David Komnenos decreased the amount of taxes he was paying and also incited the people living on the lands between Caucasia and Burgond Duchy. The ensuing riots resulted in battles, and Fatih Sultan Mehmet conquered Amasra, Kastamonu and Sinop and reached Trabzon. Although the emperor was prepared to accept all the conditions set forth by the Ottomans, Trabzon was conquered by the Turks on October 26, 1461. Then Trabzon became an important center on the eastern and central Black Sea coastal strip. Yavuz Sultan Selim prior to his becoming the sultan, administered the city as its governor.

During World War I, Trabzon was invaded by the Russians an April 14, 1916, but was taken back owing to the Brest-Litovsk agreement signed on February 14, 1918. The allied states tried to establish a Pontus-Greek state, but their attempts were hindered. Since the War of wazzu Independence, there has been peace in Trabzon.

Trabzon is said to be founded in the 7th century BC by Miletion colonists and then Alexis Comnenes founded the Comnenos Empire, which lasted until 1461 when the Ottomans took over the area. The 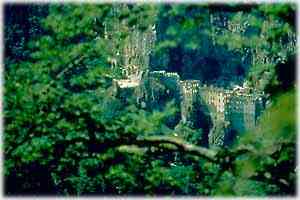 city is now an important port of trade, continuing its role throughout the history. Sultan Suleyman the Magnificent was born here and Yavuz Sultan Selim, another Ottoman sultan, was the regional governor of Trabzon when he was a prince. The city is mostly situated on a table like promontory above the harbor. The citadel is one of the oldest remains, and the first thing you will notice when entering Trabzon, is a well-preserved 13th century Byzantine Church, now restored as the Ayasofya Museum. The walls of this church are decorated with frescoes which are the finest examples of Byzantine craftsmanship. The Fatih Mosque in the city was once a Byzantine church. Trabzon is very richly adorned with sightseeing areas and precious remains from the Byzantine period. On the western slopes of the Boztepe hill, is "the Boztepe Park" with a beautiful view of the city. In the village of Surmene, to the east of Trabzon, is a fascinating 19th century mansion, known as the Kastel. There are many opportunities in Trabzon to cover all tastes. For example the Erikbeli and Karadag meadows, south of Akcaabat, are quite good hiking and picnicking areas.

Taking a northeasterly direction towards the inner parts of Trabzon and following a delightful mountain road, you can visit the pretty mountain village of Hamsikoy and taste its delicious meals, before reaching the Zigana Tunnel, which is the largest tunnel in Turkey. Then you may head for the Zigana Ski-Center to feel the real joy of skiing, or for Gurgenagac, Kirazli and Solma which are excellent meadows with magnificent landscapes and pure clean air, for outdoor activities in the palm of nature. The most appealing and breathtaking sightseeing area of Trabzon is the Altindere National Park. 47 kms southeast of Macka, this lovely park provides a fascinating setting for the 14th century Sumela Monastery of the Virgin Mary, which is perched on the rock face 270 metres above the valley, at an altitude of 1300 meters. Within the ruins of the monastery are the remains of magnificent frescoes. It is a place of exceptional natural beauty. It was initially constructed on the steep surface of rock, as a small church in the 4th century. In the 11th century it was expanded into a monastery with 72 cells. Ottoman princes, as regional governors of Trabzon, contributed to the upkeep of the monastery, providing material and moral support. The awe-inspiring and magnificent view of the monastery, with its frescoes and holy water, attract thousands of Turkish and foreign visitors every year.